We are familiar with all Operating Systems ranging from CP/M, DOS, UNIX, Linux, Windows, MacOS, OSX, Android and more.  We can assist you with all flavours.

Malware Virus Definition and its Origin 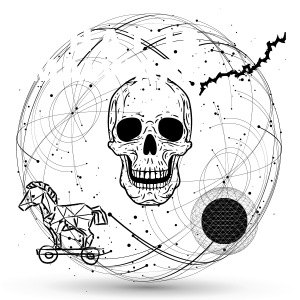 Malware Virus is defined as a harmful application that pretends to be useful software. Malware virus existed long even before the term “malware” was used.

Where Malware Virus Definition is Derived

In 1949, Jon Von Neumann’s “Theory of Organization of Complicated Automata” introduced the idea of malware virus. It discussed how organisms self-reproduce.

In the year 1950, Bell Labs applied Jon Von Neumann’s theory on a game they created called “Core Wars.” The object of the game was to produce a program that would compete against another program within a virtual computer.

It wasn’t until 1970 that a malware virus was born accidentally. A BBN Engineer Robert Thomas created a program Creeper. It had no malicious intent but it was able to self-replicate while traveling from one computer to another.

Is malware that spreads in the computer by self-replication. Computer Virus must be executed before it’s activated unlike the other type of malware that can spread without running it first. We’ll talk about it later.

Is malware that encrypts computer files. Ransomware malware virus definition is derived from the word “ransom”. Just as the name implies, the user must pay the ransom the hacker demands to restore the encrypted files.

Has the ability to install the tools the hacker needs to gain full access on the computer. Rootkit can also record logins and password by monitoring the keystrokes on the keyboard. This ability makes Rootkit one of the most dangerous malware.

Spyware malware virus definition is rooted in the word “spy”. Spyware sneaks on the user’s computer to collect personal information and sends it to the hacker. Spyware works secretly in the background, making it hard to detect it.

A Worm is malware that needs not to be executed before it spreads in the computer. When it enters the computer, it self-replicates independently. It overcrowds the computer and network that leads in a critical error.

Trojan Horse malware virus definition originated from the classic Trojan War story. A seemingly harmless wooden horse was allowed inside the kingdom that led to the fall of Troy. Similarly, Trojan Horse pretends to be a harmless file with a secret intent to destroy a computer.

Adware is often a part of a pirated software. Once installed, Adware auto- generates ads and pop-ups. They fill the monitor that finishing up a task becomes impossible.

Is malware with various functions. It’s because of BOT that some websites require CAPTCHA to verify if the user is human because BOT can pretend to be a search engine keyword to steal server information.

KeyLogger malware virus definition is a software that records passwords and logins by monitoring the keys pressed on the keyboard. Keylogger loads before the operating system, making it unnoticeable.

How is Malware Virus Installed

Malware virus can be installed in various ways. Below are the ways hackers use to spread malware.

Hackers have been using spam emails to spread malware. It may seem to be a valid email but it contains an infected link. Avoid opening an attachment from an anonymous sender.

This is what Trojan Horse is often disguised as. It pretends to be a helpful program with a destructive character. Hackers have been using fake installers that have deceived many users into installing malware on their computer.

Verify the publisher first before installing an application.

These are the website loaded with ads and pop-ups. Since they have low-security features, hackers can easily add an infected ad, link, or download. It’s recommended to visit credible websites to avoid downloading malware virus.

Malware continues to evolve as technology advances. Soon, another type of malware may appear and we may have another malware virus definition. With all the possibilities, one thing is sure, malware is harmful to the computer. An advanced security is needed to prevent malware attacks.

Do you need your system(s) reinstalled or configured? Do you have a computer virus or malware and need it eradicated?

We have vast experience helping small to large size businesses setup from scratch.

If you need assistance to recover from a disaster, we can offer invaluable assistance in preventing ransomware attacks and speeding up recovery times should you fall victim.